Recently, my husband had a conference in Nashville, so I tagged along to see one of my bucket list cities!!

We had a very early flight and made it to Nashville by 10am on a Sunday morning. We stayed at the Omni Nashville Hotel which is connected to the Country Music Hall of Fame and across from the Bridgestone Arena.  We headed out to Broadway for some sightseeing and searching for live music   Almost every bar on Broadway has several levels and music on every level. 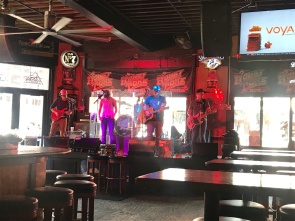 We hit many bars on Broadway to listen to some amazing bands and single artists. 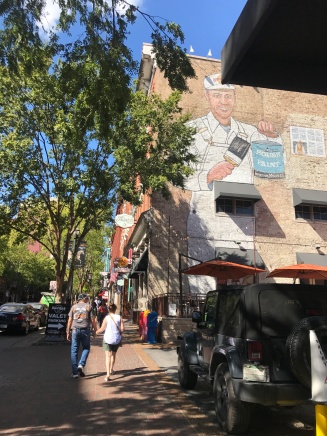 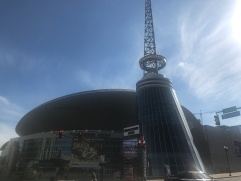 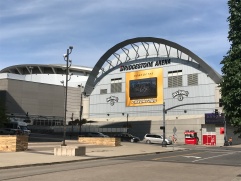 Our first dinner was at The Southern. It was an upscale, trendy bar with great food! The grits were fabulous! 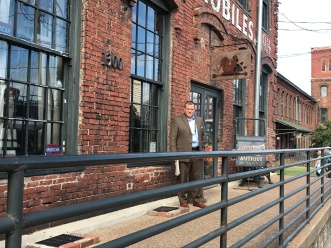 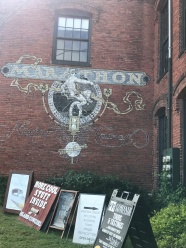 The next day, my husband took a break between sessions to see the store from his favorite show-American Pickers. It is a short Uber ride from downtown and has no sineage announcing it is their store. It is called Antique Archaeology. He was very excited to see items featured in his favorite show.

We took another ride to see The Bluebird Cafe where Garth Brooks was discovered and featured on one of my favorite shows-Nashville! It is in the middle of a strip mall and so small! 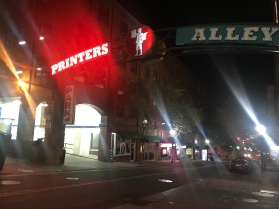 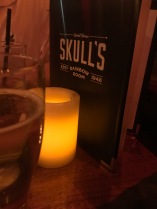 Our second night, we ate at Skull’s which is in a little alley called Painter’s Alley. You would not even realize what a fantastic little restaurant was hidden in there if you didn’t do any research. There is live entertainment and the lobster bisque is to die for!

One place I wanted to visit was Reese Witherspoon’s store, Draper James, in the 12 South neighborhood.  There are a lot of trendy and eclectic stores in the area. Draper James is a Southern themed store where you are offered a sweet tea as you walk in the store.

There is a nice park down the street and we saw a cute little truck selling flowers.  It is a great place to walk around. 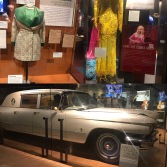 We also went to the Country Music Hall of Fame which was connected to our hotel, the Omni Nashville. There were some really cool items in the history of country music. 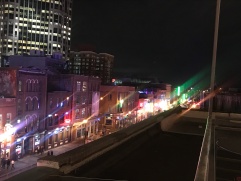 We loved Nashville and would love to go again! Four days was not enough to see everything!

One Reply to “Nashville visit”