So far this winter, we have attended to out of town hockey tournaments with our son’s Peewee/U12 hockey team in Ohio. Ohio is just a few hours from Pittsburgh. Columbus was a little less than 4 hours for us, and Cleveland was about 2 1/2 hours from Pittsburgh. The Ohio hockey tournaments seem to attract some good quality competition from teams in Ohio, Michigan, and Canada for our teams from the Pittsburgh area. 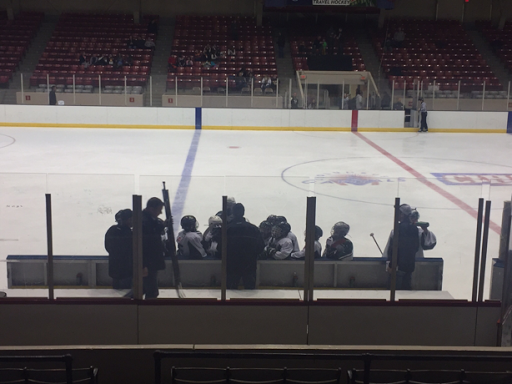 Our team played at the Taft Coliseum which was built in 1918. It is a large, round rink with lots of seating and hosts many sporting events including rodeos. It is on the State Fairgrounds. We really liked the facility. 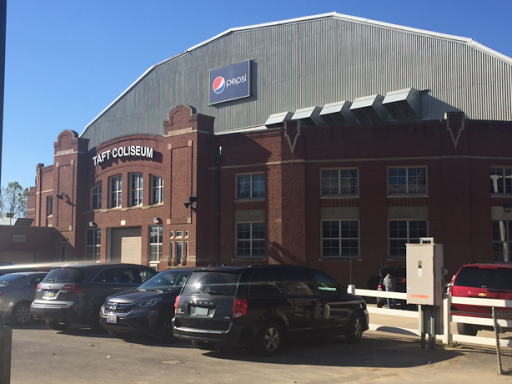 We stayed at the Sheraton Suites Columbus. The hotel had a free continental breakfast and also a hot breakfast buffet we could get for an additional fee. It was in a great location. It was about 10 minutes from the Ohio State University campus. There was lots of shopping and retail shops surrounding the hotel; many within walking distance. Within walking distance was Bob Evans, Bravo, Buca di Beppo and many others. 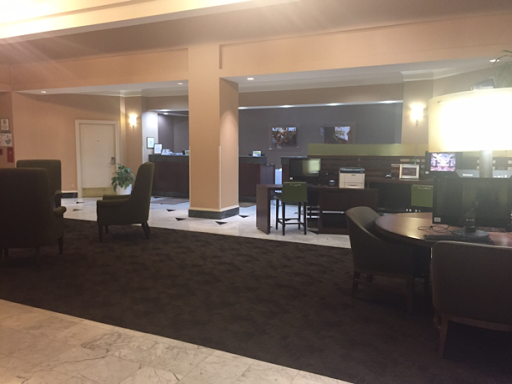 Our second night we ate at the Winking Lizard with about 30 people from our hockey team, kids included. They put us in a separate area by the bar ,and the food came out very quick. The staff was very friendly and the food was good. It was a great place to take a large group of kids and adults!

One of the highlights of our trip was attending an Ohio State Hockey game. Their games are at the Schottenstein Center. I contacted them a few weeks prior and they provided a great group rate and we were in the first 6 rows! They were friendly to work with. 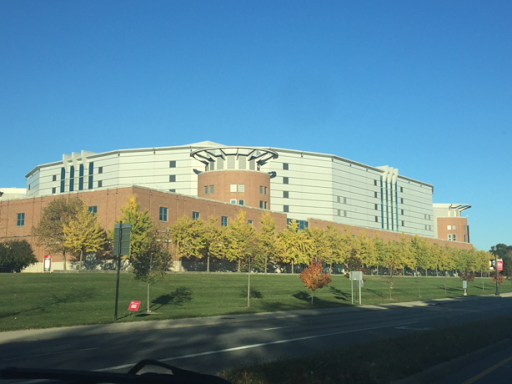 After the game, the players signed items for our hockey team. It was a great night! 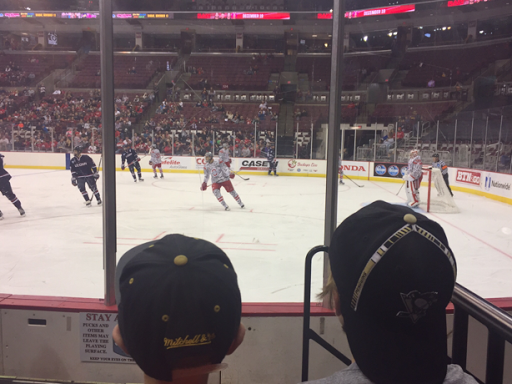 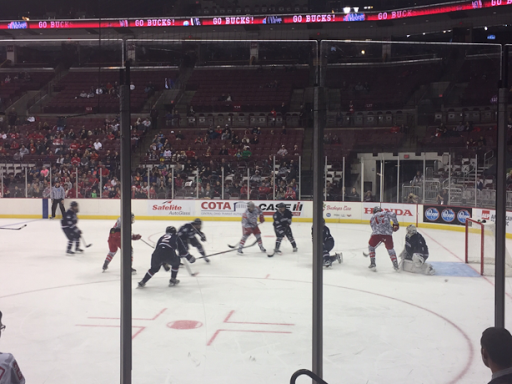 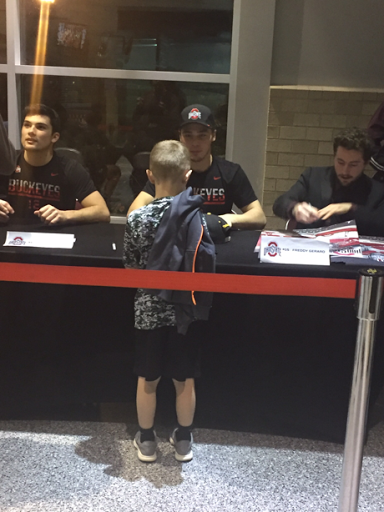 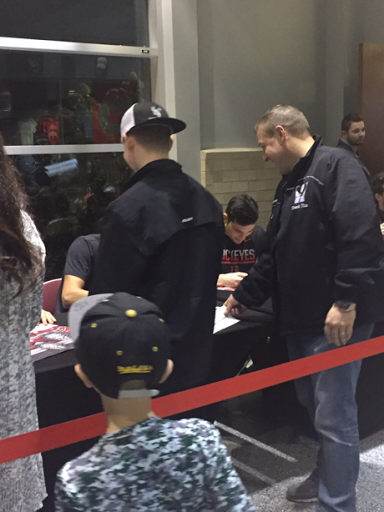 Our team ended up coming in 2nd place in the Championship game on Sunday afternoon. 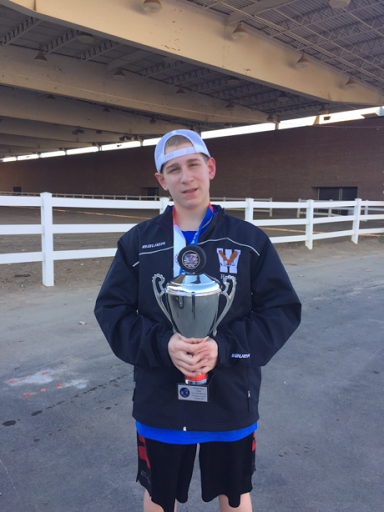 It was a great weekend and Columbus is a very nice and clean town to visit!

A few weeks later we headed to Cleveland for another tournament. The families loved the hotel which was the Embassy Suites in Beachwood. The hotel was older but had lots of renovations to make it become more modern. The rooms were clean and spacious. The area of Beachwood is an upscale suburb of Cleveland with lots of restaurants and Beachwood Place, which is a mall with many stores. Many of the stores are high end stores.

The first night, the team had to visit The Christmas Story House, since it was right before Christmas. The house is Ralphie’s actual house he grew up in. It is open 7 days a week, year round.  It is a short tour for $11 for adults and $7 for children. The kids really enjoyed seeing all of the rooms from the movie. 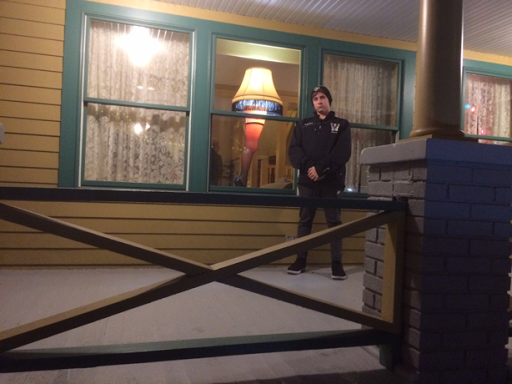 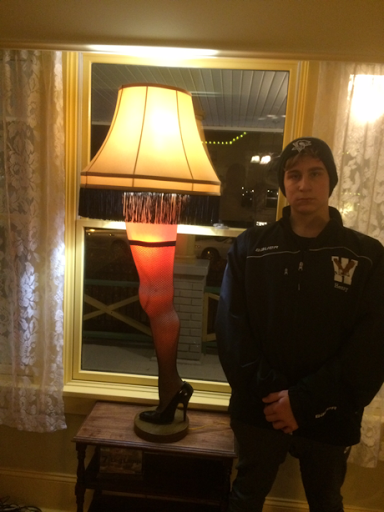 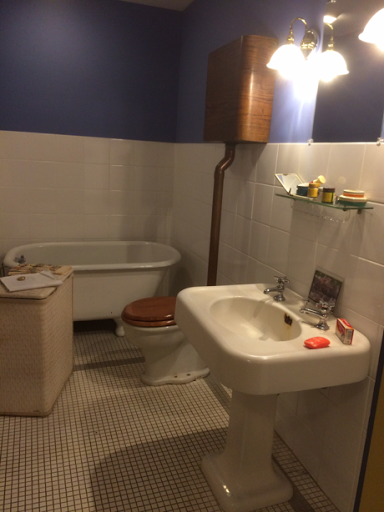 The restaurant that was a highlight for the group was the Mellow Mushroom. It is an eclectic restaurant with a 60s vibe. The food was great and the atmosphere buzzed with a fun vibe!

Our team didn’t fare as well in that tournament since the other teams were AA teams and our team is A Major, but they ended on a high note beating one AA team from Rochester 9-1.

Overall, Ohio attracts some high quality hockey teams from the surrounding states and offers many attractions for the hockey teams visiting the area!