This novel follows Leni as she grows up in the 1970s. After her father returns from Vietnam as a POW, he makes an impulsive decision to move their family to Alaska after he was left land by another soldier who died in combat. The journey of Leni’s adolescence into a young lady is a beautiful story. Their life in Alaska teaches their family what is important and how to be self-sufficient. But when the darkness comes for months during the winter in Alaska, Leni’s father cannot handle it due to his PTSD. This story of resilience is one of Kristin Hannah’s finest. 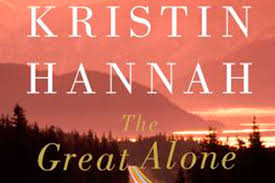 2. The Wife by Alafair Burke

If you want a domestic thriller that has many twists and turns……….

Surprising thriller about a wife with a past she’s trying to hide but when her husband’s infidelities put their family in the spotlight, she is worried about her secrets being uncovered.. Just when I thought I had it figured out, another twist came. Angela Powell is married to a rich professor named Jason Powell. Angela has a rocky and tragic past she hopes to keep secret. After Jason’s infidelities surface, along with a criminal charge, everything begins to unravel in their lives. Will Angela support Jason? How can she hide her secrets?? 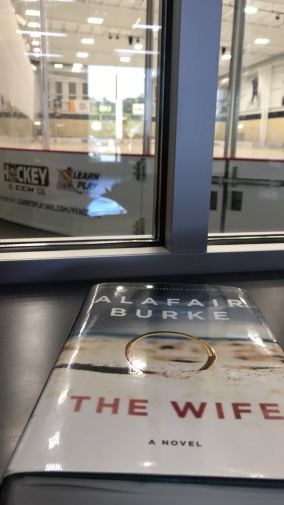 If you are looking for a story of stolen identity…….

Amber Patterson is a plain, normal woman who is sick of being a nobody and wants money and a better life for herself. Thanks to the Internet, Amber is able to become best friends with Daphne Parrish and intertwine herself into the life of the Parrish family. Amber is able to set suspenseful book kept me reading and reading into early hours! The ending has a great twist! 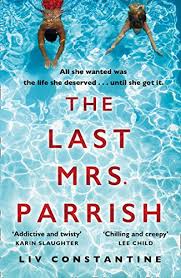 4. Not That I Could Tell by Jessica Strawser

If you want a thriller set in a suburban setting that you can almost relate to……until one of the moms ends up missing…..

What seems to be a normal “moms night out” in a neighborhood around a fire pit results in one of the women missing the next morning! This novel is set in a suburban Ohio town where everyone is shocked at the disappearance of Kristin and her twins. The investigation begins to center around Paul, who Kristin was separated from. The reader will get to know all of the neighbors through the character development by Jessica Stawser. The neighbors all end up getting wrapped up in the police investigation and media circus. The ending of this really caught me by surprise!

5. Just Between Us by Rebecca Drake

If you are looking for a thriller based in Pittsburgh…

The story features four friends living in Sewickly, an upscale suburb in Pittsburgh, who all have children around the same age. Alison, Julie, Sarah, and Heather are living an envious and glamorous suburban life. The plot examines secrets, friendship, and even more secrets!! The girls notice a bruise on Heather’s wrist and are concerned with Heather’s marriage. Alison and the others are so concerned because Heather will not leave her husband. They await an inevitable phone call that someone has died.  I enjoyed the narration being changed from character to character to see what was going on in each character’s mind regarding the deep secrets.

Gina Royal is an average housewife married with two kids……until a car accident reveals a dead girl in a garage that she never went in behind their house. This revelation unravels her husband’s secret life as a serial killer. Gina turns into Gwen Proctor and must find a safe place with new identities away from her ex-husband in prison and the Internet trolls that continue to try to find their family. A body turns up behind their new home on Stillhouse Lake and the tormenting begins again. Gwen must try to keep their identity a secret, but she begins to get threatening letters. This book is extremely disturbing, but so suspenseful. The Kindle version is $1.99 as of early July 2018. Once I finished Stillhouse Lake, I bought the follow-up, Killman Creekand finished it in less than a day. I can’t wait for the 3rdbook of the trilogy to come out in March of 2019.  Just don’t read this one alone at night!!

7. The Wife Between Us by Greer Hendricks and Sarah Pekkanen

If you want a suspenseful domestic quick-read……….

The Wife Between Us is a quick, suspenseful novel that has twists and turns and narration switches every chapter. The novel switches between Nellie and Vanessa every chapter. Nellie is a young woman living on a budget with her best friend. Nellie is planning her wedding to a rich and handsome husband named Richard.  Vanessa used to be a rich woman married to a man who left her for a younger woman. Vanessa now drinks too much and stalks her husband’s new lover. If I told any more, I would give the whole story away! Just read it!

8. The Child Finder by Rene Denefeld

If you want a beautifully written novel that keeps you in suspense……..

Naomi is a private investigator helping the Culver family to find their daughter, Madison, who disappeared in the woods while her family searches for a Christmas tree in Oregon’s Skookum National Forest. Madison’s family is falling apart without her, so they contact Naomi who is considered “the child finder.” Naomi can relate because Naomi also was a girl who was lost too.

I finished this book in less than 24 hours-there were many disturbing parts in the story that made me ill to my stomach. The language was beautiful and descriptive. Rene Denefeld has a gift with her writing. I wept at the end of the novel both happy and sad tears. This is definitely a great novel, but, be warned, there is difficult and disturbing material regarding missing and kidnapped children.

9. The Family Next Door by Sally Hepworth

If you loved Desperate Housewives and want to read a similar plot…..

The plot is set up similar to Desperate Housewives or Devious Maids, which makes it an enjoyable read for the beach. It centers around Essie and her neighbors in a suburban Australian neighborhood and focuses on the secrets among neighbors when appearances look perfect and are far from it! Essie has the idyllic looking life with a beautiful house in a great neighborhood; however, Essie once left her baby in a park in a moment of PPD. Years later, Isabelle moves in next door to Essie. Everyone in the neighborhood wonders why she would move into a neighborhood of families when she is a single woman. Essie and Isabelle become close which causes questions from the neighbors. 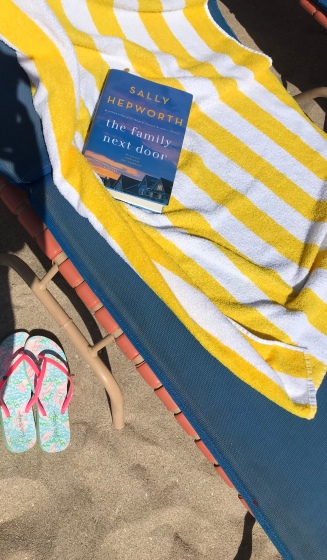 Social media can lead you anywhere. Autumn Carpenter finds the account of the family that adopted her infant daughter and becomes obsessed! Autumn becomes addicted to the social media account and their family and is able to become a part of their family by applying for a nanny position at their house. Once Autumn enters their house, she realizes that this family is not as perfect as it seems.

If you want a novel as disturbing as Stephen King novels……

Suzette is a mother married to a handsome and successful husband. She lives in a beautiful area of Pittsburgh. Despite having a rough upbringing, Suzette should have the picture perfect life. If her daughter, Hanna, wasn’t a psychopath! Since we live near Pittsburgh, I enjoyed the references to different places and neighborhoods in Pittsburgh.

I do recommend those who love thrillers to read this book and see what you think.

I’m really hoping for a sequel to this book. It would really tie up the loose ends left at the end of this jaw-dropping novel.

Note: The author is also from Pittsburgh

12. The Woman in the Window by AJ Finn

If you want a novel that will give you anxiety because you are dying to know what is going on…..

This was a gripping psychological thriller about Anna Fox, a former child psychologist, who is now living life as an Agoraphobic peering out her window at the neighbors. A family moves in across the street that Anna becomes especially intrigued with. The characters are developed well throughout the novel, and I thought I had it all figured out——but I was wrong! This is a gripping novel that will keep you glued to the book. 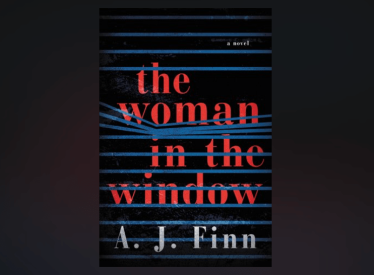